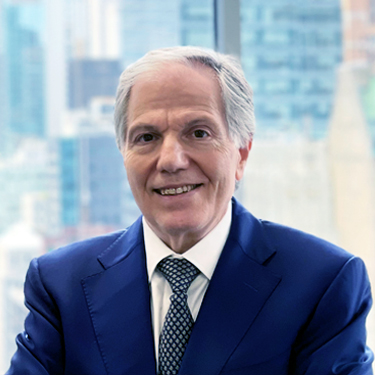 Glenn is a founding partner of the boutique intellectual property law firm Ostrager Chong Flaherty & Broitman P.C. in New York City. He has experience litigating patents in the fields of telecommunications, textile and nonwovens, and electronics. Glenn has also been counsel in numerous trademark and copyright cases. Areas of concentration also include licensing of technology and trademark properties.

Glenn represented the defendant Theflyonthewall.com in the 2011 Second Circuit decision in Barclays Capital Inc. v. Theflyonthewall.com, Inc., which addressed the law of “hot news” misappropriation and preemption under the Copyright Act.

Glenn received his B.A. from the State University of New York at Stony Brook, and his J.D. from St. John’s University School of Law.

He is admitted to practice law in the States of New York and Connecticut, U.S. District Courts, Southern and Eastern Districts of New York, U.S. Courts of Appeal, Second, Seventh and Federal Circuits, and is a registered patent attorney with the U.S. Patent and Trademark Office.